A Novel of Winston Churchill 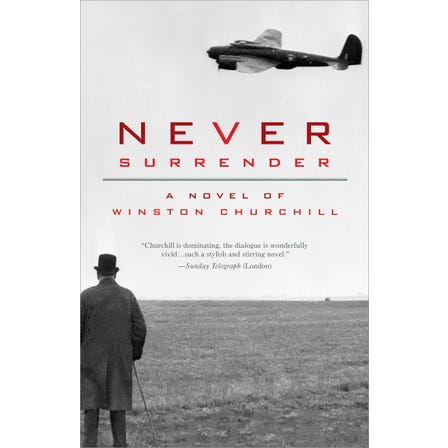 The battle begins on Friday, May 10, 1940, when Hitler launches a devastating attack that within days will overrun France, Holland and Belgium and bring Britain to its knees at Dunkirk. Never Surrender examines Churchill’s courage and defiance and his ability to lead a nation during three of the most crucial weeks in its history. Without the physical forces necessary to stave off German attack, Churchill uses the force of words to stand in Hitler’s way, to show that no accords will be made.

Dobbs is at his best in Never Surrender, a novel about the remarkable courage and defiance needed to save a nation at risk.

“Dobbs is an author who can bring historical happenings to life.” —The Times

“Dobbs has done a brilliant job in evoking the drama and despair of Britain hovering on the edge of the abyss.” —Sunday Express

Michael Dobbs is also Lord Dobbs of Wylye, a member of the British House of Lords. He is Britain’s leading political novelist and has been a senior adviser to Prime Ministers Margaret Thatcher, John Major and David Cameron. His bestselling books include House of Cards, which was made into an award winning TV series in the UK and is currently being remade into a major US television series by Kevin Spacey and the director David Fincher. Read more on his website - www.michaeldobbs.com.
Reviews
Write Your Own Review
VIEW
9781402210440
All content and design copyright © Sourcebooks, LLC 2021. All Rights Reserved.