By Daphne du Maurier
$16.99
Be the first to review this product 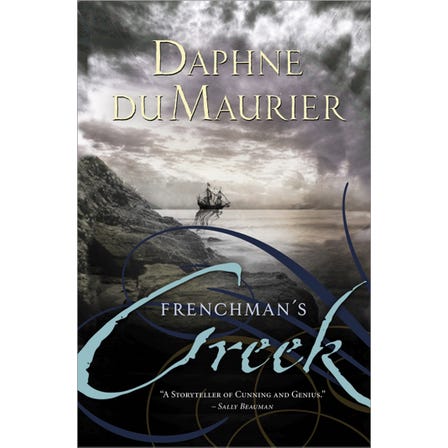 A lost classic from master of gothic romance and suspense, Daphne du Maurier, Frenchman's Creek is an electrifying tale of love and scandal on the high seas.

Jaded by the numbing politeness of London in the late 1600s, Lady Dona St. Columb revolts against high society. She rides into the countryside, guided only by her restlessness and her longing to escape.

But when chance leads her to meet a French pirate, hidden within Cornwall's shadowy forests, Dona discovers that her passions and thirst for adventure have never been more aroused. Together, they embark upon a quest rife with danger and glory, one which bestows upon Dona the ultimate choice: sacrifice her lover to certain death or risk her own life to save him.

Frenchman's Creek is a breathtaking historical thriller about a woman embracing danger and romance, haunted by the gothic mood of du Maurier's Rebecca, Jamaica Inn, and My Cousin Rachel.

Daphne du Maurier was born in London in 1907, the second daughter of a famous stage actor and actress. Her first novel was published in 1931, but it was her 1938 novel Rebecca which made her one of the most successful writers of her time. Alfred Hitchcock’s adaptation of the book won the Best Picture Oscar in 1940, and he used her material again for his classic The Birds. In 1969, Du Maurier was created a Dame of the British Empire.

At the age of 81, Du Maurier died at home in her beloved Cornwall, the region that had been the setting for many of her books.
Reviews
Write Your Own Review
VIEW
9781402217104
All content and design copyright © Sourcebooks, LLC 2021. All Rights Reserved.