By Daphne du Maurier
$14.99
Be the first to review this product 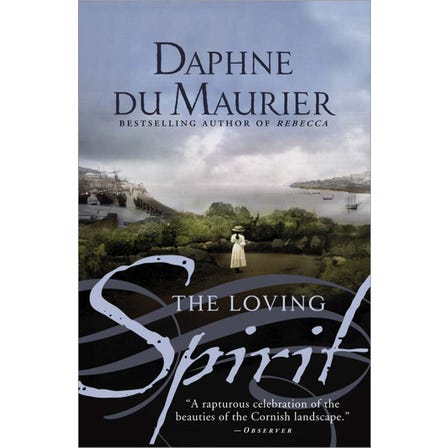 A LUSH GENERATIONAL NOVEL FROM THE BESTSELLING AUTHOR OF REBECCA...

In her acclaimed debut, celebrated author Daphne du Maurier weaves a stunning tale of heartbreaking loss and undying love that knows no bounds. Janet, a fearless young woman of soaring strength, longs for the wildness and freedom of the sea. She feels herself pulled fast under its spell, yet she sacrifices her dreams in order to create a family. Years later, when she learns of her beloved son’s passion for the sea, Janet’s spirit awakens, haunting her family and stirring a chain of events that changes them forever.

Set in a rapturous creation of the Cornish countryside, The Loving Spirit is filled with adventure, courage, and an abiding sense of the romantic.

“[du Maurier] tells a story because it’s a good story, because it has something of beauty in it, and therefore of truth. She pictures life itself rather than all the dark and torturous currents that twist below its surface… Miss du Maurier’s book is a grand one.”
- Chicago Tribune

Daphne du Maurier’s 1938 novel Rebecca made her one of the most successful writers of her time. Alfred Hitchcock's adaptation of the book won the Best Picture Oscar in 1940. He later used her material for The Birds. In 1969, du Maurier was created a Dame of the British Empire.

Daphne du Maurier was born in London in 1907, the second daughter of a famous stage actor and actress. Her first novel was published in 1931, but it was her 1938 novel Rebecca which made her one of the most successful writers of her time. Alfred Hitchcock’s adaptation of the book won the Best Picture Oscar in 1940, and he used her material again for his classic The Birds. In 1969, Du Maurier was created a Dame of the British Empire.

At the age of 81, Du Maurier died at home in her beloved Cornwall, the region that had been the setting for many of her books.
Reviews
Write Your Own Review
VIEW
9781402220050
All content and design copyright © Sourcebooks, LLC 2021. All Rights Reserved.