For the King's Favor 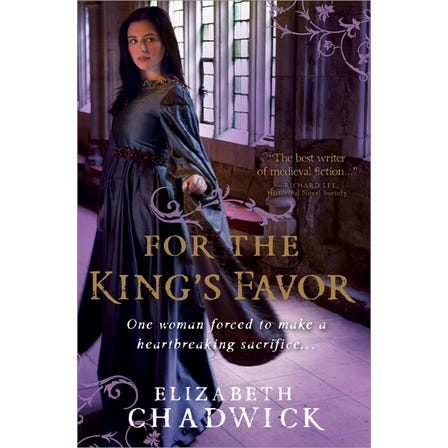 A bittersweet tale of obsession, love, and tragic choices.

In England's Middle Ages, the Plantagenet courts are a dangerous place to fall in love. Roger Bigod arrives at King Henry II's court to settle a bitter inheritance dispute, but he quickly becomes enchanted with Ida de Tosney, young mistress to the powerful king.

A victim of Henry's seduction and the mother of his son, Ida sees in Roger a chance to begin a new life. But Ida pays an agonizing price when she leaves the king, and as Roger's standing grows in the court, their marriage comes under increasing strain.

Among some of the most notorious names of the Plantagenet Era, including Eleanor of Aquitaine and William Marshal, Roger and Ida must make choices that grow more heartbreaking by the day.

Based on the true story of a royal mistress and the young lord she chose to marry, For the King's Favor is the perfect historical fiction for readers of The Book of Eleanor by Pamela Kaufman and The Taming of the Queen by Philippa Gregory.