To Defy a King 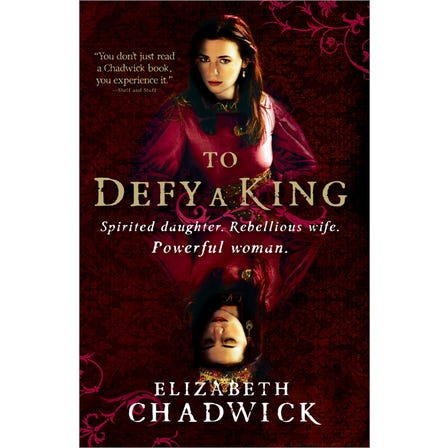 The fifth book in bestselling author Elizabeth Chadwick's William Marshal series, To Defy is King is a riveting historical novel of family, loyalty and betrayal, featuring the daughter of medieval England's Greatest Knight.

The spirited daughter of England's greatest knight, Mahelt Marshal, lives a privileged medieval life. But when her beloved father falls out with the volatile and dangerous King John, her world is shattered. The king takes her brothers hostage and Mahelt's planned marriage to Hugh Bigod, heir to nobility, takes place sooner than she expected.

Mahelt and Hugh come to care for each other deeply, but Hugh's strict father clashes with the rebellious Mahelt. When more harsh demands from the British royalty threaten to tear the couple's lives apart, Mahelt finds herself facing her worst fears alone. Caught between the family she was born in and the family she married into, Mahelt is uncertain if she—or her marriage—will survive.

Written with vivid detail and great historical accuracy, To Defy a King is an immersive novel of medieval England. Fans of Philippa Gregory, Alison Weir, Sharon Kay Penman, and Bernard Cornwall will take pleasure in this well-crafted story of a vibrant, noble woman in a tyrant's world.