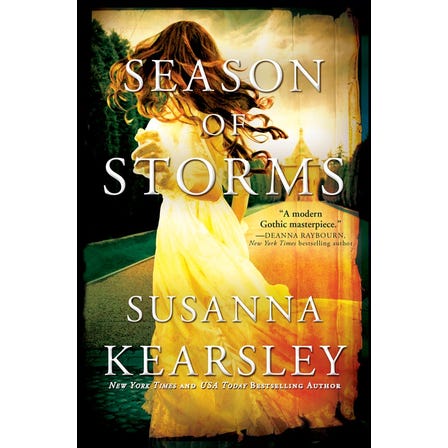 "I've loved every one of Susanna's books! She has bedrock research and a butterfly's delicate touch with characters—sure recipe for historical fiction that sucks you in and won't let go!"—DIANA GABALDON, #1 New York Times bestselling author of Outlander

Master of intricate paranormal historical fiction, Susanna Kearsley illuminates a multi-generational Italian romance, where the theatre only scratches the surface of the drama—and the danger.

In 1921, infamous Italian poet Galeazzo D'Ascanio wrote his last and greatest play, inspired by his romance with his muse, actress Celia Sands. But on the eve of the premiere, Celia vanished, and the play was never performed.

Two generations later, Alessandro D'Ascanio plans to stage his grandfather's masterpiece and has offered the lead to a promising young English actress, also named Celia Sands—at the whim of her actress mother, or so she thought. When Celia arrives at D'Ascanio's magnificent, isolated Italian villa, she is drawn to the mystery of her namesake's disappearance—and to the compelling, enigmatic Alessandro.

But the closer Celia gets to learning the fate of her predecessor, the more she is drawn into a web of murder, passion, and the obsession of genius. Though she knows she should let go of the past, in the dark, in her dreams, it comes back...

Hints of the paranormal and the passion of the Italian stage will draw readers of Diana Gabaldon, Kate Morton, and Kate Mosse, into the romance of Susanna Kearsley’s lush historical fiction.

Also by Susanna Kearsley:
The Winter Sea
The Firebird
A Desperate Fortune
The Rose Garden
The Shadowy Horses
The Splendour Falls
Named of the Dragon
Mariana
Bellewether