The Methods of Sergeant Cluff 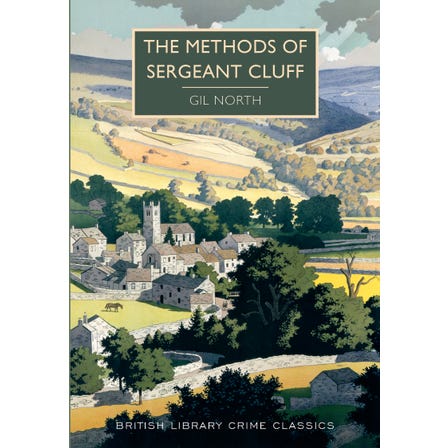 Mystery crime fiction written in the Golden Age of Murder

"Martin Edwards' brief but informative Introduction notes that the Cluff stories inspired a BBC television series, and you can see why: North's elliptical scene-setting and clipped dialogue are perfect for brief, understated segments on the telly, and they're strikingly modern to boot." —Kirkus Reviews

It is a wet and windy night in the town of Gunnarshaw, on the edge of the Yorkshire moors. The body of young Jane Trundle, assistant in the chemist's shop, is discovered lying face down on the cobblestones.

Sergeant Caleb Cluff is not a man of many words, and neither does he play by the rules. He may exasperate his superiors, but he has the loyal support of his constable and he is the only CID man in the division. The case is his.

Life in Gunnarshaw is tough, with its people caught up in a rigid network of social conventions. But as Cluff's investigation deepens, Gunnarshaw's veneer of hard-working respectability starts to crumble. Sparse, tense, and moodily evoking the unforgiving landscape, this classic crime novel keeps the reader guessing to the end.

Originally published in 1961, this is the second in the series of Sergeant Cluff detective stories. Televised in the 1960s, they have since been neglected. This new edition is published in the centenary year of the author's birth.