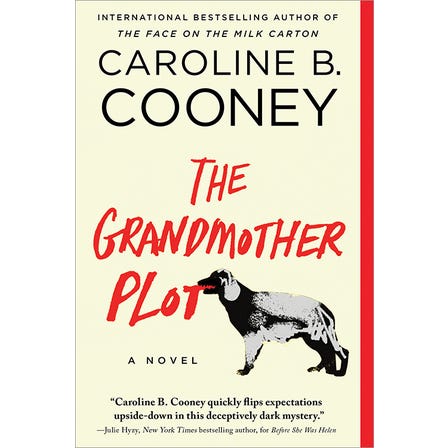 An unforgettable new mystery from Caroline B. Cooney, international bestselling author of The Face on the Milk Carton

"Caroline B. Cooney is a master of taking a small, common moment—seeing a face on a milk carton, posting a harmless photo—and turning that moment into a thrilling story."—Jeff Abbott, New York Times bestselling author of Never Ask Me

Death isn't unexpected in a nursing home. But murder is.

Freddy leads a life of little responsibility. His mother is dead, his sisters are far-flung across the globe, and he can't quite work up enough motivation to find himself a girlfriend. Freddy has been forced to place his beloved grandmother, now deep in dementia, in a nursing home. Freddy visits her often, cherishing and also hating the time he spends with the grandmother he always adored, now a ghost of her former self.

When a fragile old woman already close to death is murdered in that nursing home, Freddy panics. His sources of income are iffy, as are his friends. He has to keep his grandmother safe, keep himself anonymous, and keep the police out of his life—or the complications could become deadly.

From international bestselling author of The Face on the Milk Carton Caroline B. Cooney, The Grandmother Plot is the story of a young man who can't seem to straighten out his life, his beloved grandmother, who can't seem to remembers hers, and the shadowy threat that hangs over them both.

This extraordinary new story will appeal to readers of bestselling mysteries and book club fiction such as:

Trade Reviews
No trade reviews are currently available for this product.
Customer Reviews 1
Write Your Own Review