After She Wrote Him 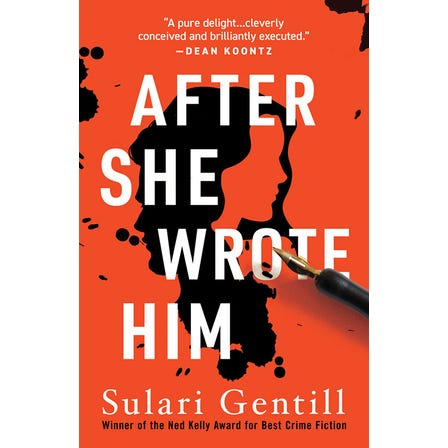 It's an author's job to create a new world in the pages of a book. But when lines start to blur and reality begins to fade, getting lost in a story can be dangerous—especially if you can't find your way back…

A psychological mystery that will leave you questioning what's real, After She Wrote Him is:

Madeleine d'Leon doesn't know where Edward came from. He is simply a character in her next book. But as she writes, he becomes all she can think about. His charm, his dark hair, his pen scratching out his latest literary novel...

Edward McGinnity can't get Madeleine out of his mind—softly smiling, infectiously enthusiastic, and perfectly damaged. She will be the ideal heroine for his next book.

But who is the author and who is the creation? And as the lines start to blur, who is affected when a killer finally takes flesh?

After She Wrote Him is a piece of meta-fiction with a wildly inventive twist on the murder mystery that takes readers on a journey filled with passion, obsession, and the emptiness left behind when the real world starts to fall away.

(Previously published as Crossing the Lines)