By Helen A. Harrison
$18.99
Be the first to review this product 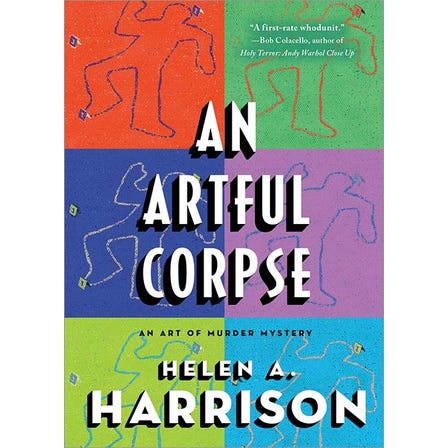 "A first-rate whodunnit set in the 1960s New York art world, a time and place Helen Harrison has recreated with a page-turning mix of history, gossip, and fun!"—Bob Colacello, author of Holy Terror: Andy Warhol Close Up

One artist. One student. One deadly mystery.

When Regionalist painter Thomas Hart Benton's corpse is discovered behind the easels of Manhattan's famed art school, whispers in the art community say he had it coming. As Benton's list of enemies lengthens to include the school's instructors, Vietnam War protesters, and members of Andy Warhol's entourage, one art student is ultimately painted as the murderer. The only problem: the suspect has vanished.

Why would an art student murder Benton? And if he were innocent, why would he run?

When TJ Fitzgerald, son of Detective Juanita Diaz and Captain Brian Fitzgerald of the NYPD, discovers his classmate is the prime suspect, he uses his own investigative skills to try and clear his name. But as TJ and his girlfriend work to unravel the clues to the art mystery, he begins to wonder if the police got it wrong and one secret may be the key to it all...

Helen Harrison's An Artful Corpse is a clever mystery sure to please art enthusiasts and armchair detectives alike.

Helen A. Harrison, a former New York Times art critic and National Public Radio art commentator, is the director of the Pollock-Krasner House and Study Center in East Hampton, New York and an authority on 20th century American art. Her previous books include Hamptons Bohemia (with Constance Ayers Denne), and monographs on Larry Rivers and Jackson Pollock. She lives with her husband, the painter Roy Nicholson, in Sag Harbor, New York.