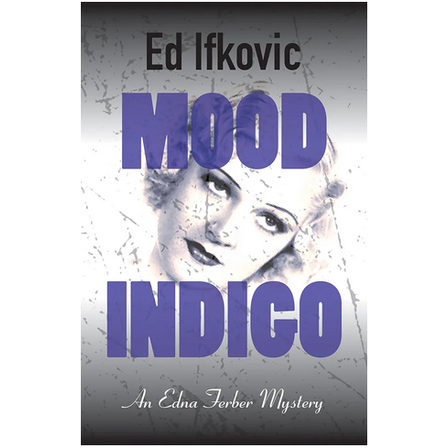 She was 1932 Broadway's newest sensation. Then she was murdered.

Three years after the Crash that ushered in the Great Depression, Pulitzer Prize-winning novelist and playwright Edna Ferber finds herself a guest at Noël Coward's lavish birthday party. The British wit, enjoying the Christmas holiday season in New York and bracing for a trip to Cleveland in the new year, has filled his room with rich, famous folks whose lives continue in stark contrast to those being lived out in the city's streets and poorer neighborhoods.

Edna is haunted by the dark landscape of Manhattan outside Coward's elegant rooms: the snake-like breadlines, the shanty village in Central Park, the gaunt apple sellers in threadbare suits on freezing sidewalks. She has yet to be introduced to the Automat where a few cents are the difference between nourishment and starvation.

Among those who've kept fortune intact is Dougie Maddox, the financially astute but socially naïve only son of a Fifth Avenue dynasty. His widowed mother, known as Lady Maud, has kept the thirty-five-year-old on a short leash, but Dougie has crossed paths with Belinda Ross, the new Broadway songbird. He's mesmerized by her, a woman flagrantly courted by other men. But Belinda seems besotted by Dougie. Gossip flourishes—she has a shadowy past and a producer brother anxious to break onto the Great White Way.

When Belinda is found strangled late one night in a Times Square Automat, jealous, hot-tempered Dougie is the prime suspect. But Noël, who had befriended him, and Edna, who likes him, team up to clear Dougie's name. Their investigation inevitably takes them deep into Belinda's circle and her past.

As the crowds in Time Square ready for a half-hearted New Year's celebration, are Noël and Edna watching the last act of a New York Othello, or is there some other killer-maybe more than one-afoot on the icy pavements of New York City?

Trade Reviews
"Ifkovic adroitly squeezes huge amounts of research into the story, with glimpses of people in the arty New York scene as well as the poor on the streets. The novel's main strength, though, is its vivid depiction of a country in crisis in the depths of the Depression." — Publishers Weekly STARRED Review
"Ifkovic sets the bar terrifically high for future Ferber mysteries, but it's probably a safe bet that he can meet his own challenge." — David Pitt, Booklist STARRED Review
"Ifkovic's dialog is the star. The witty banter between Edna and Noel is engaging and fun to read." — Historical Novel Society
"Ifkovic has done his research and brings the world of the 1930s rich and famous to life, but readers don't have to be fans of the period to enjoy Mood Indigo; they only have to enjoy a well-written mystery." — Mystery Scene Magazine
Customer Reviews
Write Your Own Review