By Greer Macallister
As low as $16.99
Be the first to review this product 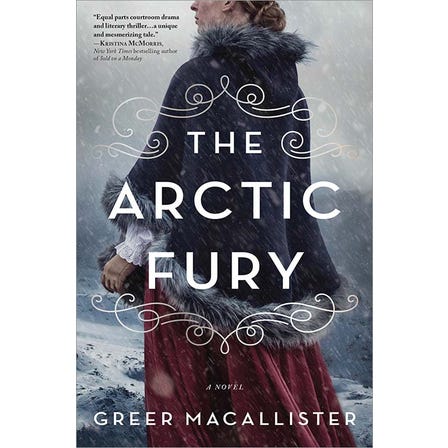 A dozen women join a secret 1850s Arctic expedition—and a sensational murder trial unfolds when some of them don't come back.

Eccentric Lady Jane Franklin makes an outlandish offer to adventurer Virginia Reeve: take a dozen women, trek into the Arctic, and find her husband's lost expedition. Four parties have failed to find him, and Lady Franklin wants a radical new approach: put the women in charge.

A year later, Virginia stands trial for murder. Survivors of the expedition willing to publicly support her sit in the front row. There are only five. What happened out there on the ice?

Set against the unforgiving backdrop of one of the world's most inhospitable locations, USA Today bestselling author Greer Macallister uses the true story of Lady Jane Franklin's tireless attempts to find her husband's lost expedition as a jumping-off point to spin a tale of bravery, intrigue, perseverance and hope.