By Jen Calonita
$7.99
Be the first to review this product 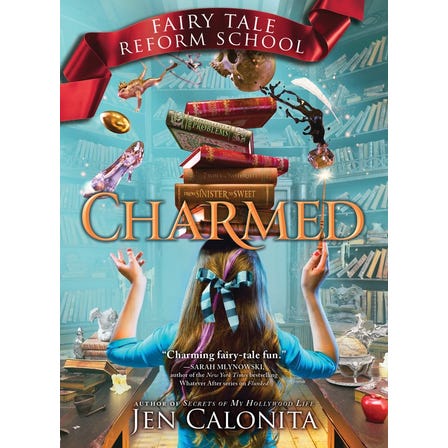 Sometimes it’s good to be bad...

It takes a (mostly) reformed thief to catch a spy. Which is why Gilly Cobbler, Enchantasia’s most notorious pickpocket, volunteers to stay locked up at Fairy Tale Reform School…indefinitely. Gilly and her friends may have defeated the Evil Queen and become reluctant heroes, but the battle for Enchantasia has just begun.

Alva, aka The Wicked One who cursed Sleeping Beauty, has declared war on the Princesses, and she wants the students of Fairy Tale Reform School to join her. As her criminal classmates give in to temptation, Gilly goes undercover as a Royal Lady in Waiting (don’t laugh) to unmask a spy…before the mole can hand Alva the keys to the kingdom.

Her parents think Gilly the Hero is completely reformed, but sometimes you have to get your hands dirty. Sometimes it’s good to be bad…

This series is perfect for read-alongs between parents and kids and engaging reluctant readers.

Jen Calonita is the author of the Secrets of My Hollywood Life series and other books like Sleepaway Girls and I'm with the Band. Fairy Tale Reform School and Royal Academy Rebels are her first two middle-grade series. She rules Long Island, New York, with her husband, Mike; princes, Tyler and Dylan; and their two Chihuahuas, Captain Jack Sparrow and Ben Kenobi. The only castle she'd ever want to live in is Cinderella's at Walt Disney World. She'd love for you to visit her at jencalonitaonline.com and on Twitter @jencalonita.
Reviews
Write Your Own Review
VIEW
9781492635932
All content and design copyright © Sourcebooks, LLC 2021. All Rights Reserved.