A Swim Through the Sea

By Kristin Joy Pratt-Serafini
As low as $7.99
Be the first to review this product 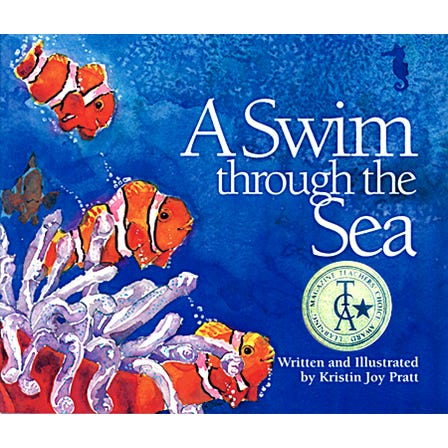 An alphabetical tour of ocean animals. Praised by Jacques Cousteau, this book, illustrated and written by a 16-year-old is a classic introduction to the marine habitat.

This classic book takes kids through an alphabet of underwater sea creatures. Fun alliteration highlights a selected species with a full-color illustration and a paragraph of fascinating facts, surrounded by a frame full of extra creatures and vocabulary.

Kristin Joy Pratt-Serafini once again successfully inspires a generation of children about one of our planet's most precious and fragile realms.

Perfect for anyone looking for books:

Kristin Joy Pratt-Serafini first connected her love of art with her concern for the rainforest when she wrote and illustrated A Walk in the Rainforest as a freshman in high school. Since then, she has written and illustrated several other environmentally-focused books for children. She hopes her colorful paintings will get kids excited about going outside and exploring for themselves. Kristin first visited the BEN in 1997 as a college student, and was excited to go back with Rachel 10 years later, in March of 2007. As she wrote the story about Anna and Peter, and painted the animals and plants they saw, she could picture every step of their adventure through the rainforest... because she had just been to the BEN herself! Rachel took her on the same hike described in the story. She even saw the Rufous-eyed Stream Frogs on the night hike with Mark!