The Battles, People, and Events of the American War for Independence, Ranked by Their Significance

By Michael Lee Lanning
$20.99
Be the first to review this product 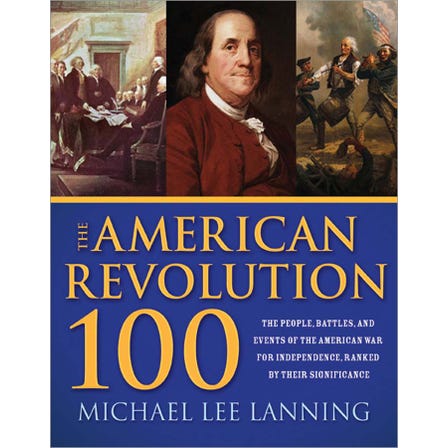 The American Revolution 100 brings to life the monumental moments, bloody battles, and influential leaders who gave birth to a great nation. In comprehensive fashion, decorated veteran and military expert Michael Lee Lanning ranks and analyzes the war's most significant events, showing how each affected the outcome.

Relive the memorable battles, when a country of citizen-farmers prepared themselves to take on the mightiest army in the world. Learn about the remarkable figures and forces of the time, and decide for yourself:

Read the stories of Henry Knox, Thomas Sumter, American militias, and December 26, 1776, and let your own debates begin…

"Easily accessible…Recommended reference for the aficionado and the uninitiated alike."
ForeWord magazine

Lt. Col. Michael Lee Lanning retired from the US Army after more than 20 years of service. He is a decorated veteran of the Vietnam War. Lanning has written 14 books on military history, including The Battle 100 and The Civil War 100.
Reviews
Write Your Own Review
VIEW
9781402221156
All content and design copyright © Sourcebooks, LLC 2021. All Rights Reserved.