An Unlikely Candidate, An Audacious Strategy, and the Victory No One Saw Coming

By Bruce Chadwick Ph.D.
$19.99
Be the first to review this product 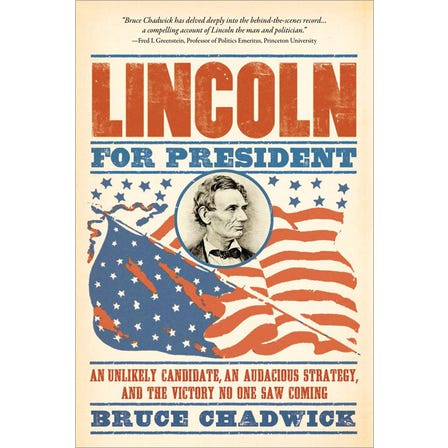 The untold story of the drama, controversy, and incredible political genius of Lincoln's first presidential campaign

In May of 1860, Republican delegates gathered in Chicago for their second-ever convention, with the full expectation of electing William Seward their next presidential candidate. But waiting in the wings was a dark horse no one suspected, putting the final touches on a plan that would not only result in a most unexpected candidacy, but the most brilliant, innovative, and daring presidential campaign in American history. He went by the name of Lincoln.

Lincoln for President is the incredible story of how Lincoln overcame overwhelming odds to not only capture his party's nomination but win the presidency. His amazingly modern strategy included the first media campaign blitz, convention tactics that originated the concept of "Chicago politics," and a deft manipulation of the electoral college. His bold tactics changed forever the way presidential campaigns are won…not to mention the course of American history.

"In this remarkable new book, Bruce Chadwick reminds us of the three extraordinary men who worked state by state, individual by individual, to ensure passage of the Constitution. It's a fascinating tale, well told."
Terry Golway, author of Washington's General and Ronald Reagan's America

The First American Army:
"To understand the Revolutionary War, really understand it, read this book."
Dave R. Palmer, Lieutenant General, U.S. Army (Ret); author of The Way of the Fox

Bruce Chadwick is a former journalist and author of seven works of history including 1858, The First American Army, George Washington's War, The General and Mrs. Washington, Brother Against Brother, Two American Presidents, Traveling the Underground Railroad, and The Reel Civil War. He lectures in American history at Rutgers University and also teaches writing at New Jersey City University.
Reviews
Write Your Own Review
VIEW
9781402244834
All content and design copyright © Sourcebooks, LLC 2021. All Rights Reserved.