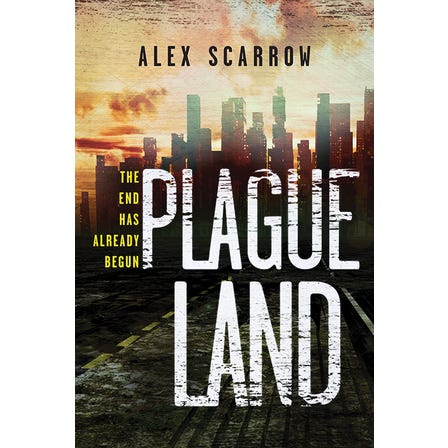 A thrilling tale about one family's survival against a devastating virus that sweeps across the world and leaves the survivors touched by fire.

Leon and his younger sister, Grace, have recently moved to London from New York and are struggling to settle into their new school when rumors of an unidentified plague in Africa begin to fill the news. Within a week, the virus hits London. The siblings witness people turning to liquid before their eyes, and they run for their lives.

A month after touching Earth's atmosphere, the plague has wiped out most of the population. Desperate to stay alive, Leon and Grace are reluctantly taken in by a tight-knit group of survivors. But as they struggle to win their trust, the siblings realize that the virus isn't their only enemy, and survival is just the first step…

Perfect for those looking for:

Trade Reviews
"A high-impact horrific thriller that will keep readers on the edge of their seat and begging for the next installment." — School Library Journal
"In the vein of Michael Crichton's The Andromeda Strain (1969), Scarrow's series starter centers on 16-year-old Leon, while interspersed vignettes show how a disease originates and evolves in West Africa... a thrilling family survival story, a clinical study of a fictional pathogen, body horror, and an action-packed dystopian narrative." — Booklist
"Post-apocalyptic horror meets science lesson in this adrenaline-packed rocket ride of a novel...compelling and legitimately scary with an ending that teases the sequel perfectly. " — IndiePicks Magazine
"The author does a nice job of providing readers with a vivid picture of how the people are affected by the virus, as well as suggestions on where it may have originated... fans of the sci-fi genre will enjoy this book." — School Library Connection
"Terror, anxiety, and anticipation will flow rapidly through the veins of readers as they piece together clues...in this fast-paced horror." — The Bulletin of the Center for Children's Books
"This dystopian novel will immediately engross and terrify readers with the gruesome details and hopeless plight of the main characters.


Despite the bleak situation, readers will be catapulted through the story, even if they are forced to wonder at nearly every chapter how the characters will get through the next grim challenge. This book is great for readers who enjoy apocalyptic and zombie reads." — VOYA Magazine
Customer Reviews
Write Your Own Review