The Girl in the Headlines 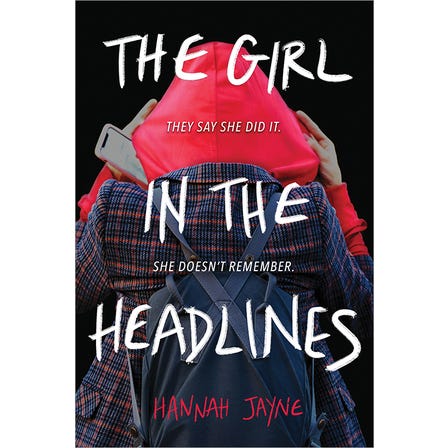 The headlines say she killed her family. The truth? She doesn't remember. Another twisty thriller from the author of Truly, Madly, Deadly that will leave readers breathless.

Andrea McNulty goes to sleep on her eighteenth birthday with a near-perfect life: she's a high school field hockey star, a doted-upon big sister, the beloved daughter of two happy parents. But when she wakes up in a motel room the next morning, unable to remember what happened the previous night and covered in blood, Andi is a fugitive.

According to the news, Andi's parents were brutally attacked in the middle of the night. Her father is dead, her mother is in a coma, her little brother Josh is missing—and Andi is the prime suspect. Terrified and on the run from the police, Andi teams up with Nate, the sympathetic boy working the motel's front desk, to find the real murderer. But while the police are getting further from the killer, the killer is getting closer to Andi—closer than she could ever have imagined.

Pick up The Girl in the Headlines if you're looking for: