The Nature of Witches 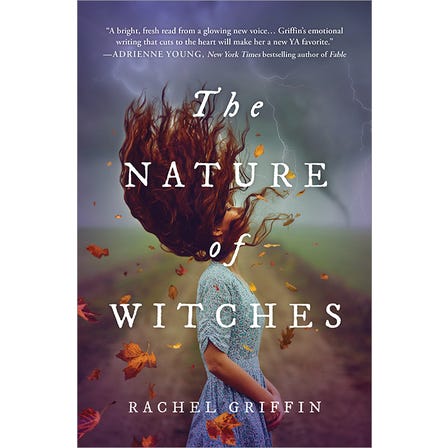 One of the Most Anticipated Young Adult Debuts of 2021!

From a stunning new voice in YA comes the fierce, romantic story about a world on the brink of destruction, the one witch who holds the power to save it, and the choice that could cost her everything she loves.

For centuries, witches have maintained the climate, their power from the sun peaking in the season of their birth. But now their control is faltering as the atmosphere becomes more erratic. All hope lies with Clara, an Everwitch whose rare magic is tied to every season.

In Autumn, Clara wants nothing to do with her power. It's wild and volatile, and the price of her magic—losing the ones she loves—is too high, despite the need to control the increasingly dangerous weather.

In Winter, the world is on the precipice of disaster. Fires burn, storms rage, and Clara accepts that she's the only one who can make a difference.

In Spring, she falls for Sang, the witch training her. As her magic grows, so do her feelings, until she's terrified Sang will be the next one she loses.

In Summer, Clara must choose between her power and her happiness, her duty and the people she loves...before she loses Sang, her magic, and thrusts the world into chaos.

"A bright, fresh read from a glowing new voice, THE NATURE OF WITCHES is both timely and stirring. Griffin's emotional writing that cuts to the heart will make her a new YA favorite."—Adrienne Young, New York Times bestselling author of Fable

"The forces of nature and magic blend perfectly in this masterfully told story… I couldn't love this book more."—Shea Ernshaw, NYT bestselling author of The Wicked Deep and Winterwood

"In her debut, Griffin ties the story of a witch learning her strength to the raw power of nature and places it in a world decimated by climate change. It's new, different, and well worth a read. " — Booklist

"A refreshing take on witches...imaginative, romantic and inspiring." — Shelf Awareness

"Readers will happily dive into Clara's magical realm." — The Bulletin of the Center for Children's Books