By Mark Alpert
As low as $10.99
Be the first to review this product 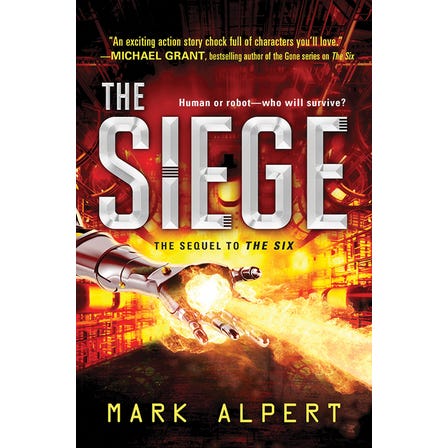 Adam gave up everything for a new chance at life. Now with a cutting-edge digital mind, he is smarter, faster, better than a normal teen. Except Adam is anything but invincible. He's indebted to the government program that gave him this ability—and freedom comes at a price.

Adam and his teammates, the six Pioneers, swore to defend humanity against Sigma, the most ruthless artificial intelligence program ever designed. The Pioneers are all that stand between the AI and world domination. But Sigma has an advantage. It has learned about human weakness, and its new weapon? Betrayal.

In this war between good and evil, the battle lines have been drawn…but someone is about to switch sides.

Praise for The Six:
“Questions of principle, power, and possibility keep this look at our modern, hardwired existence fresh and fascinating.” —Booklist, STARRED review
"Adam is an unusual hero—and he faces a frightening question: Computers can't kill—CAN they? I'm still shaken by the answer. Will the near-future really be this terrifying?" —R.L. Stine, bestselling author of Fear Street

Mark Alpert is a contributing editor at Scientific American and the author of several science-oriented thrillers for adults: Final Theory, The Omega Theory, Extinction, and The Furies. The Six is his first science thriller for young adults. He lives with his wife and two teenage kids in New York City. Visit Mark online at markalpert.com.
Reviews
Write Your Own Review
VIEW
SBCNFG1705
All content and design copyright © Sourcebooks, LLC 2021. All Rights Reserved.