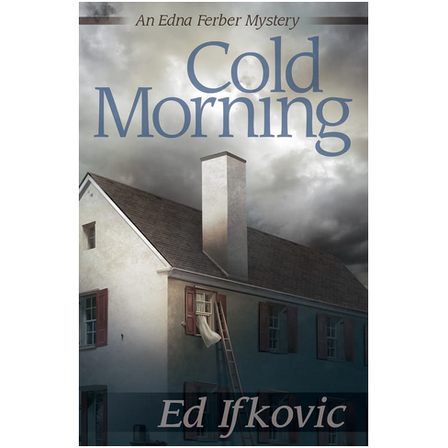 January 3, 1935. The trial opens in Flemington, New Jersey, for the man accused of "the crime of the century." And Edna Ferber is there to cover it.

1932. On a windy March 1 night, Charles Lindbergh, America's hero, discovers that his twenty-month-old son has been snatched from his crib. A ransom is arranged. Yet two months later, Little Lindy is found in a ditch near his Hopewell home, several weeks dead from a blow to the head.

It takes over two years to arrest a suspect. Bruno Richard Hauptmann is caught passing one of the marked ransom bills. Press from across the world swarm to his trial. Bestselling novelist Edna Ferber and raconteur Aleck Woollcott, both hired by the New York Times to cover it, are part of the media frenzy, bickering like the literary lions they are. Did this immigrant carpenter really commit the crime? Alone? Observant sometime-sleuth Edna is not so sure.

Local citizens, whipped into a frenzy by the yellow press, march through the streets demanding Hauptmann burn. Walter Winchell takes the lynch mob sentiment national. A British waitress at Edna's hotel, who'd hinted she had priceless information that could blow the trial wide open, is murdered. Edna begins to suspect a miscarriage of justice is underway, fueled in part by anti-German sentiment, in part by class privilege.

Edna doesn't find Colonel Lindbergh the golden boy of legend. But there he is, entering the courthouse flanked by a quartet of New Jersey troopers. There's Hauptmann, handsome and calm despite his date with the electric chair—unless Edna can alter the course of justice.