The only guide you’ll ever need to go out, have fun, and still fit into your skinny jeans

By Jaclyn Wilson Foley and Ray Foley
$6.99
Be the first to review this product 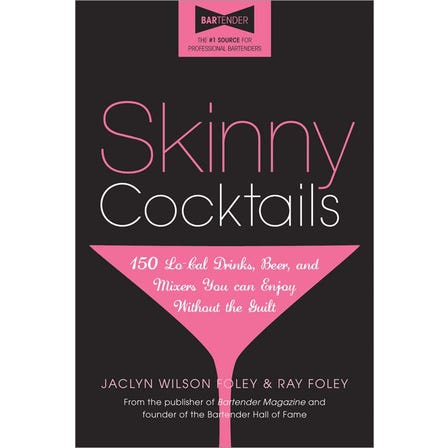 There’s nothing better than letting loose with friends and a few drinks, but whether you’re planning on kicking back after a hectic day or glamming it up for a night out, the last thing you want to do is obsess about calories.

With no-fear recipes, easy-access calorie counts, and minimaldamage mixers, Skinny Cocktails is the must-have companion to a stress-free skinny life.

RAY FOLEY is an expert bartender and publisher of Bartender magazine. He is also the founder of the Bartenders Foundation Inc. and the author of Bartending for Dummies. He has appeared on ABC-TV News, CBS News, NBC News, Good Morning America and Live with Regis and Kathie Lee. He has also been featured in major magazines, including Forbes and Playboy. Ray resides in New Jersey with his wife and partner, Jaclyn.