A Novel of Love, Magic, and the Power of Dreams

By Joy Preble
$13.99
Be the first to review this product 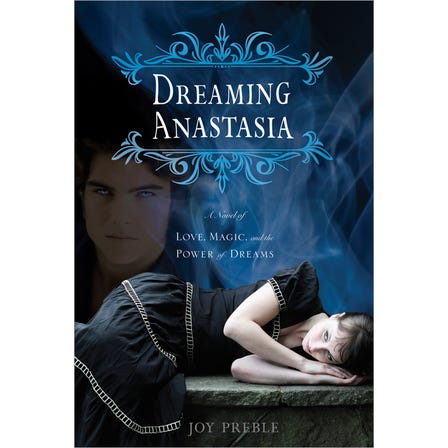 What really happened to Anastasia Romanov?

Anastasia Romanov thought she would never feel more alone than when the gunfire started and her family began to fall around her. Surely the bullets would come for her next. But they didn't. Instead, two gnarled old hands reached for her. When she wakes up she discovers that she is in the ancient hut of the witch Baba Yaga, and that some things are worse than being dead.

In modern-day Chicago, Anne doesn't know much about Russian history. She is more concerned about getting into a good college—until the dreams start. She is somewhere else. She is someone else. And she is sharing a small room with a very old woman. The vivid dreams startle her, but not until a handsome stranger offers to explain them does she realize her life is going to change forever. She is the only one who can save Anastasia. But, Anastasia is having her own dreams…

Joy Preble grew up in Chicago where— possibly because she was raised by an accountant and a bookkeeper—she dreamed of being a back up singer, but instead earned an English degree from Northwestern. Eventually, she began to write books so she could get paid for making up stuff. She now lives in Texas with her family, including a basset/boxer mix rescue dog named Lyla— who never met a shoe she didn't want to eat. Visit Joy at joypreble.com
Reviews
Write Your Own Review
VIEW
9781402218170
All content and design copyright © Sourcebooks, LLC 2021. All Rights Reserved.