By Stacie Ramey
$10.99
Be the first to review this product 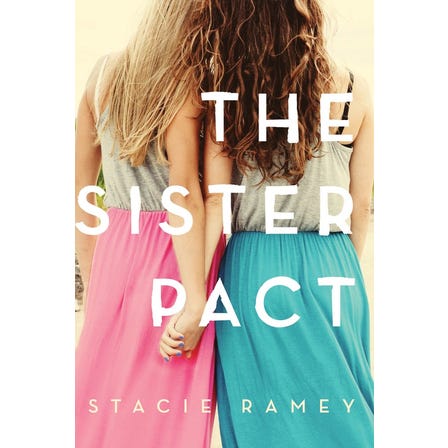 From bestselling author Stacey Ramey comes a powerful story of sisterhood, young adult depression, and love. A suicide pact was supposed to keep them together, but a broken promise tore them apart.

Allie is devastated when her sister commits suicide—and it's not just because she misses her. Allie feels betrayed. The two made a pact that they'd always be together, in life and in death, but Leah broke her promise and Allie needs to know why.

Her parents hover. Her friends try to support her. And Nick, sweet Nick, keeps calling and flirting. Their sympathy only intensifies her grief.

But the more she clings to Leah, the more secrets surface. Allie's not sure which is more distressing: discovering the truth behind her sister's death or facing her new reality without her.

A great pick for:

Also by Stacie Ramie:
It's My Life
The Secrets We Bury
The Homecoming

Praise for The Sister Pact:
"A well-written portrait…reminiscent of Jennifer Brown's Hate List…and Gayle Forman's I Was Here. A heavy but powerful read that tackles big topics without letting them drag the narrative down."—Booklist
"A powerful story of redemption, forgiveness, love, and the ability to persevere."—VOYA Magazine
"The story reads like Go Ask Alice...As Allie learns the many sordid secrets of her sister's concealed life, she begins to understand the powerful influence her sister had on her and, a talented painter, struggles to find her own voice. "—Kirkus
"The story is well written and will hold teens' interest."—School Library Connection

Stacie Ramey learned to read at a very early age to escape the endless tormenting from her older siblings. She attended the University of Florida where she majored in communication sciences and Penn State where she received a Master of Science degree in Speech Pathology. When she's not writing, she engages in Netflix wars with her children or beats her husband in Scrabble. She lives in Wellington, Florida with her husband, three children, and two rescue dogs.