By Alex Scarrow
$10.99
Be the first to review this product 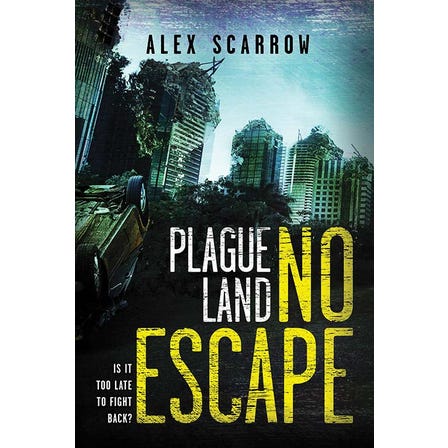 In one week, the plague destroyed and wreaked havoc upon the world. The survivors thought it was over, but it was only the beginning...

Three survivors made it through with just each other to rely on, but now they are scattered across the globe.  Leon is in England, Grace is on the way to New Zealand, and Freya to the "New United States."

Until now, they and some others were lucky enough to stay alive. But, when the deadliest and most sinister attack is yet to come, what hope does humanity have to survive?

Perfect for those looking for:

Praise for Plague Land:
"A thrilling family survival story, a clinical study of a fictional pathogen, body horror, and an action-packed dystopian narrative." —Booklist
"Terror, anxiety, and anticipation will flow rapidly through the veins of readers as they piece together clues…in this fast-paced horror." —The Bulletin of the Center for Children's Books
"A high-impact horrific thriller that will keep readers on the edge of their seat and begging for the next installment." —School Library Journal