The Perfect Place to Die 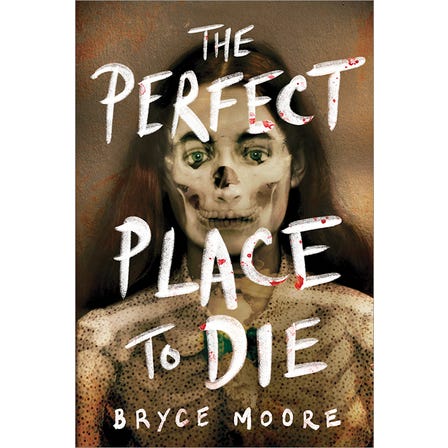 Stalking Jack the Ripper meets Devil in the White City in this terrifying historical fiction debut about one of the world's most notorious serial killers.

In order to save her sister, Zuretta takes a job at an infamous house of horrors—but she might never escape.

Zuretta never thought she'd encounter a monster. She had resigned herself to a quiet life in Utah. But when her younger sister, Ruby, travels to Chicago during the World's Fair, and disappears, Zuretta leaves home to find her.

But 1890s Chicago is more dangerous and chaotic than she imagined. She doesn't know where to start until she learns of her sister's last place of employment…a mysterious hotel known as The Castle.

Zuretta takes a job there hoping to learn more. And before long she realizes the hotel isn't what it seems. Women disappear at an alarming rate, she hears crying from the walls, and terrifying whispers follow her at night. In the end, she finds herself up against one of the most infamous mass murderers in American history—and his custom-built death trap.

With real, terrifying quotes in front of each chapter, strong female characters, and unbearable suspense, The Perfect Place to Die is perfect for fans of true crime, horror, and the Stalking Jack the Ripper series.